The Monte dei Paschi Foundation was established on 28 August 1995 when the banking activities of the public-law credit institution were transferred to Monte dei Paschi Bank, Inc., whose origins date back to 1622 when it was founded on behalf of the Magistrates and people of Siena “so that it might have fertile development and regulations and rules, for the private and public advantage of the City and State of Siena”. With the approval of its new charter on 8 May 2001, the Foundation assumed the juridical status of a private nonprofit organization with full statutory and management autonomy.

he roots of Monte dei Paschi di Siena lie in the spread, during the second half of the fifteenth century, of institutions called Monti di Pietà, whose purpose was to combat the practice of usury in an age (the early Renaissance) when the differences in income and standard of living between the social classes were growing more and more dramatic. The Franciscan Order in particular was especially active in promoting this type of initiative, which they conceived as a purely charitable aim. This is the context in which Siena’s Monte di Pietà was founded in 1472 by the Magistrates of the Republic of Siena, independently of any direct or indirect action on the part of the Franciscans.While the stated purpose of the institution was the same as that of the other Monti, the more strictly public and secular nature of Siena’s Monte (established by the Magistrates themselves), together with the banking vocation that was still very much alive in the city, made it significantly different from the others, which were set up more as charitable institutions than banks. This was a fundamental aspect in the development of the Monte in the years – and centuries – to come.

To meet the pressing needs of the city’s economy, the Balìa di Siena (the principal body of local government) deliberated the establishment of “another Monte” to complement the existing one and perform the functions of a proper bank. It was indispensable for the Sienese economic system to have an agency that could operate on a broader scale with more capital, in order to infuse new energy into the various sectors of the economy – artisan work, agriculture, and commerce – that were in a state of persistent stagnation at the time. The deterioration of the Sienese economy finally forced the Grand Duke of Tuscany Ferdinand II to accept the Balìa’s proposal. The new institution called Monte dei Paschi di Siena was created by a vote of the Magistrates and people of Siena, with Grand-Ducal rescript, on 30 December 1622 and subsequently established as a foundation on 2 November 1624.

The seventeenth and eighteenth centuries were marked by alternating periods of moderate prosperity and phases of stagnation. Needless to say, the fortunes of Monte dei Paschi reflected these ups and downs. In the first centuries of its history, therefore, the bank’s operations were significantly conditioned by an unfavorable economic environment, and it often had to adapt its strategies, within the limits allowed by its regulations, to the vicissitudes of the local economy.

In 1783, the Grand Duke introduced a substantial change in the organization of the institution, merging into one agency the two administrations of the Monte di Pietà and Monte dei Paschi, which until then had enjoyed a certain amount of autonomy, even if it was mainly formal.

The rapid growth of Monte dei Paschi’s banking activities was soon accompanied, from the mid-1800s, by a broad territorial expansion. By the time of Italian unification, it was one of the most solid banks in the entire country.

In 1936, in recognition of its public juridical nature, Monte dei Paschi di Siena was officially declared a public-law credit institution. A new charter was drawn up; albeit with later amendments, it remained in effect until 1995, when the institution underwent a major transformation.

Finally, on 14 March 2001, the Deputazione Generale (Board of Directors) of the Foundation ratified a new charter changing its juridical nature from public to private; this was approved by the Ministry of the Treasury on 8 May 2001.

The Sansedoni Palace is a major monument in the artistic and architectural context of Siena. While the façade on the Piazza del Campo side is one of the most representative expressions of the gothic current during the baroque period that contributed so greatly to forming the medieval appearance of Siena today, the interior, as a result of complete renovation in the seventeenth and eighteenth centuries, in which the leading sculptors and painters of the time took part, now boasts a magnificence that has few equals in the city, with sculptures by Mazzuoli, bronzes by Soldani and Foggini, frescoes by Melani and Ferretti, and architectural illusions by Anderlini. 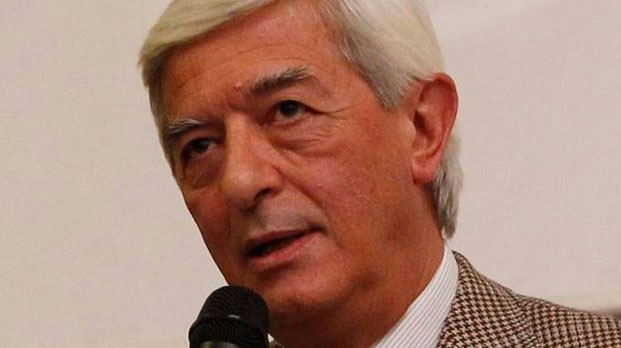 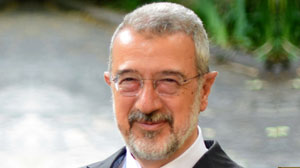 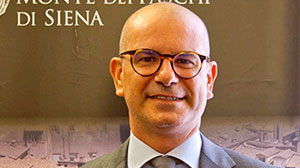 The by-laws of the Monte dei Paschi di Siena Foundation became operative on 12 June 2013 upon receipt of authorization from the Ministry of the Economy and Finance. This new version marks a sharp departure from the past, a veritable “Copernican revolution,” incorporating current legislation with the most up-to-date directives for institutions like ours. The concept of autonomy was strongly reinforced, governance was redesigned significantly, expenses for the administrators markedly reduced, more stringent requisites of professionalism were introduced, and the forms of incompatibility for candidates for appointment to the Foundation boards were redefined. These are the principal elements which characterize the new statute and enable us to project our institution more effectively towards new objectives in strategic and operative terms.

he fundamental values on which the Foundation draws inspiration for its activity, and the principles mentioned in its Social Mission, are stated in the Ethics and Quality Policy. This policy is in line with the strategy adopted by the Foundation, which envisages the pursuit of sustainable development, preserving the central position of the interventions concerning Siena, its area and the typical fields of local development, by joining tradition and innovation with the involvement of every stakeholder. The Ethics and Quality Policy, known and supported by every member of our staff, has been edited starting from the following guiding principles or objectives:

The code of ethics

Tn ethical outlook is thus the indispensable approach for the trustworthiness of the Foundation’s dealings with the entire civic and economic context in which it operates. This Code of Ethics has been drawn up in response to this exigency; adopted by resolution of the Deputazione Generale on 14 December 2006. It represents a system of rules to be observed by everyone who acts in the name and on behalf of the Monte dei Paschi di Siena Foundation, both in internal and external relations, and by everyone with whom it deals on a regular basis (employees, suppliers, collaborators). The importance of the Code of Ethics is rendered even more timely by the indications contained in Legislative Decree no. 231 of 8 June 2001, which emphasize the centrality of the Code in the system of internal organizational controls for the prevention of crime.